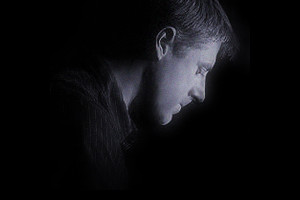 As a recording artist, Jon Jenkins sees it as his responsibility to reach out, grab the listeners by the ears, drag them into another world and show them around a little bit. “I’ve always been fascinated by the ability of a good piece of music to stimulate the imagination and transport the listener to another place in their mind without ever leaving their chair.”

When you put on a copy of his solo debut release, Flow, you’ll know he’s not kidding. By the time the first track is over, you’ve been pulled through a sonic wormhole and dropped into a world of many wonders. On his next release, Beyond City Light, Jenkins takes this wide angle approach to the next level with deeper spaces and more powerful grooves.

“Growing up, I listened to Pink Floyd, Genesis, Marillion, Peter Gabriel, and Tangerine Dream because they always made albums to be experienced rather than just listened to; they maintained a nice balance between power and space.” This led Jenkins to begin experimenting with his own compositions. “I couldn’t get enough of that stuff, so I just started to create the music I wanted to hear.”

On his new release, Treasure, Jenkins has found the perfect musical collaborator in David Helpling. The two express their vision on an epic and expansive scale, rich in organic textures and moving passages. One reviewer summed up Treasure perfectly when he wrote, “…imagine David Lean rigging his Panaflex with Korgs.”

With four outstanding releases to his credit, Jon Jenkins has established himself as a unique artist with a distingushable style. Not an easy task in the Electronic/Ambient musical realm. In fact, not only has he managed to discover something quite precious – his own musical space, but he can convince you that it is yours as well.